Spencer won the 2017 edition of Bluesfest on Sunday after a thrilling 4-3 sudden death overtime win over Norwegian Champions, Oslo.

The game provided a frantic conclusion to a superb weekend of lacrosse in the sun. With the famous slope at the Blues ground playing its part Spencer, playing down the hill, moved into a 2-0 half time lead thanks to goals from Will Walker and Rob Holmes. However, Oslo came roaring back in the second and despite a second from Holmes the Norwegians bagged three of their own to the delight of a partisan crowd.

With seconds of regulation time remaining and the Oslo offence on the rampage, Tom Leahy was flagged for a hold. When the game restarted in sudden death overtime, Spencer had to survive a minute of man-down. After some desperate scramble defence against a skilled and well organised Oslo offence Spencer, back to a full complement, managed to retake possession and flood forward in search of the tournament winning goal. Eventually, after some patient build up play and a trademark Resh Panesar ally dodge the ball was recycled up top for Josh Dodd to fire home the winner. 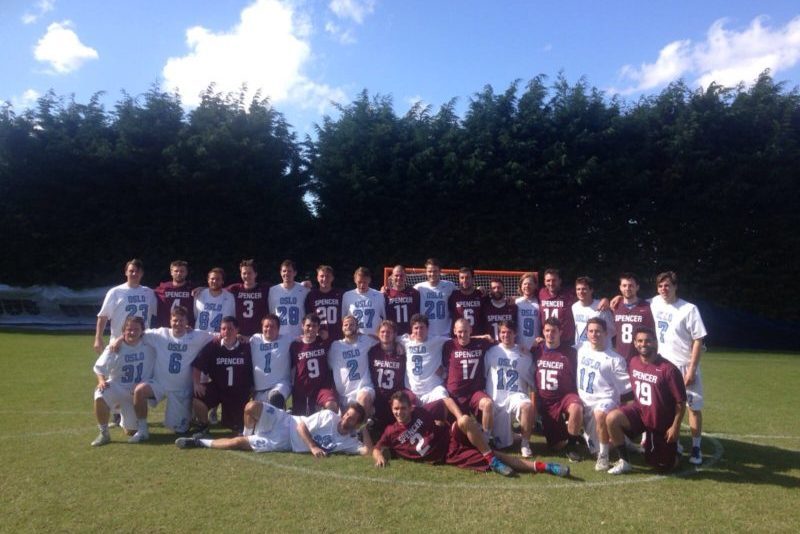